Minnesota Waterfalls Along the North Shore

Along the southwest half of the North Shore, rivers tend to be showy. With no headwaters [lakes or other streams that are the water source] , the rivers swell and pound during spring run-off and heavy rains and run low during dry times. They can carry up to four times as much water as those with headwaters. From the Manitou River northeast, the rivers have lakes feeding into them and thus, a more stable flow. But it’s a close call to the best performance during the run-off. 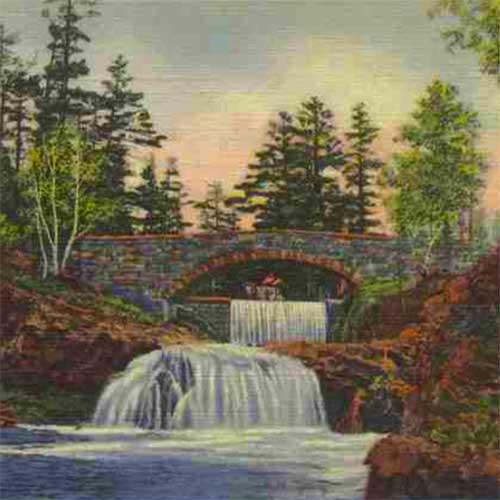 Start your waterfall tour with a look-see over the Superior Street bridge at the Lester River Falls or park in the lot on the east side of the river, half a block north, and walk the creek-side trail. The Lester River is at Hwy 61 mile marker 5.1 in Duluth. Cross the river on Hwy 61 and drive north on 61st Ave. E. for 1.5 blocks to the parking area. 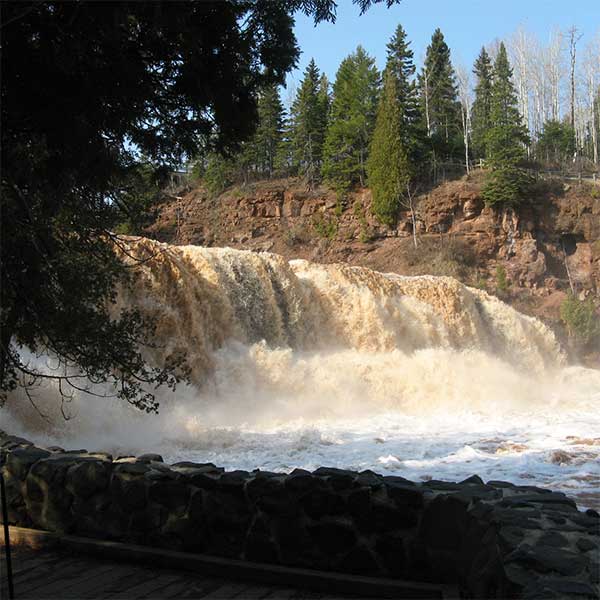 It’s a 4-for-1 stop at Gooseberry Falls State Park! Park at the Visitor Center and take the easy accessible hike to the most photographed of the falls, the expansive Middle Falls. Head south to view the Lower Falls Or take a short accessible hike to the north, under Hwy 61 leads to the Upper Falls. See the Upper, Middle and Lower Falls along the easy Falls Loop, then hike inland to the Fifth Falls. 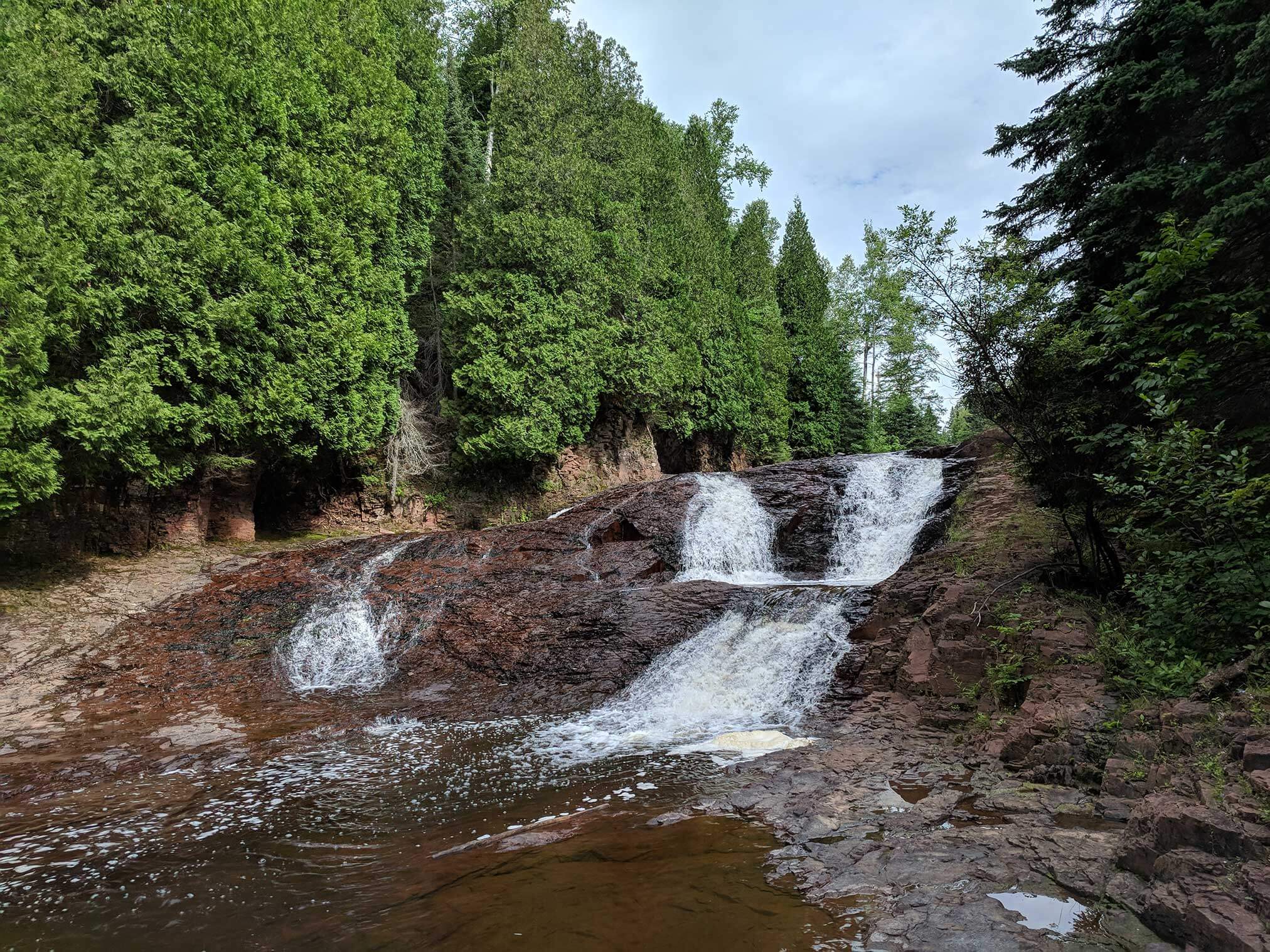 Hike the 5-mile loop for cliff-side views of the river’s cascades!

If you are going to hike this 5-mile loop, which offers cliff-side views of the river’s cascades, you will need to ford the river; this can be dangerous due to depth and current. 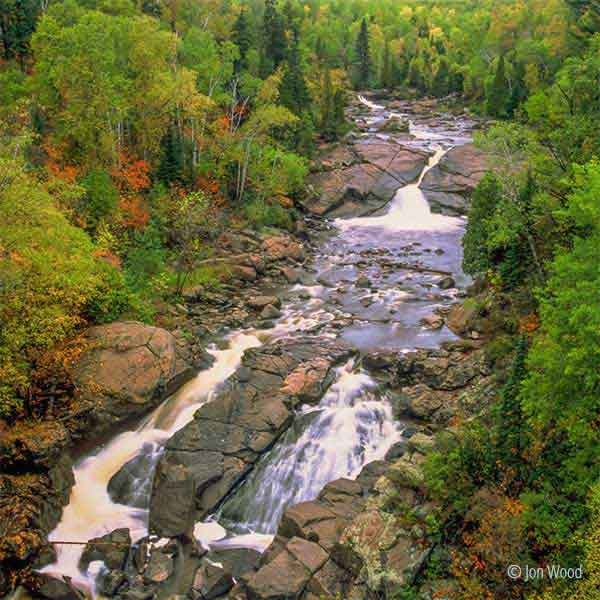 The river drops 300 feet in a series of cascades and falls above the Highway 61 bridge, then enters the sedate bay. A wayside rest is located on the northwest corner of the bridge. Heading northeast, the highway follows the curve of the bay to East Beaver Bay, providing additional panoramas. 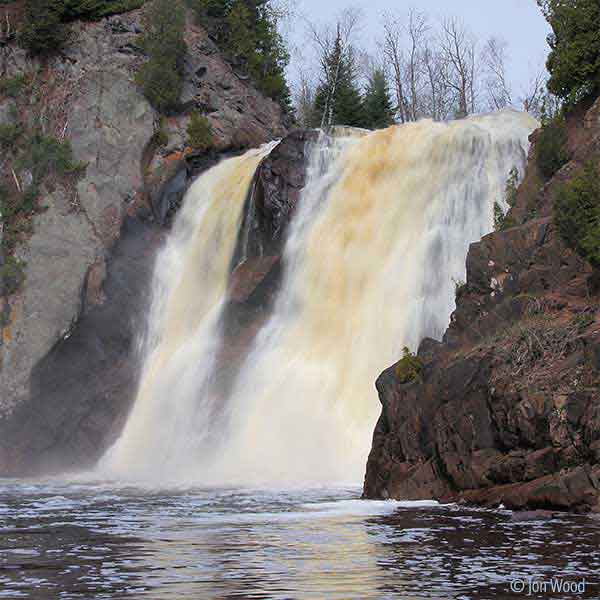 The highest falls entirely within Minnesota can be seen at Tettegouche State Park on the Baptism River. This superb trout stream descends over 700 feet including the 70-foot High Falls and the 40-foot Illgen Falls further upstream. 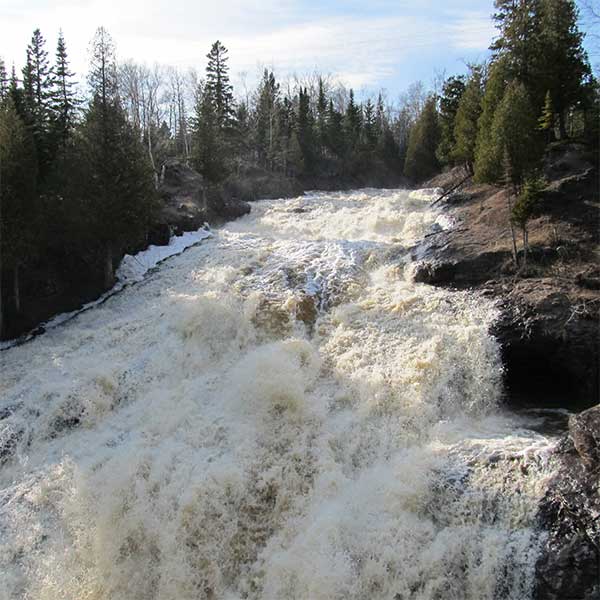 You can’t miss this classic falls, Highway 61 rolls right by! But take advantage of handy pedestrian bridges for excellent vantage points of the 100′ falls as they roll down, under and make their final drop on the south side of the bridge. Temperance River sports an upper falls [1st photo], hidden falls [2nd photo] and middle falls [photo w/ footbridge], all located north of Highway 61 within 3/4-mile of the trailhead. And heading south [towards Lake Superior] of the highway is a quick 1/8-mile trail to a footbridge with views of the falls under the highway bridge [far right photo above], the mouth of the river and the lake. 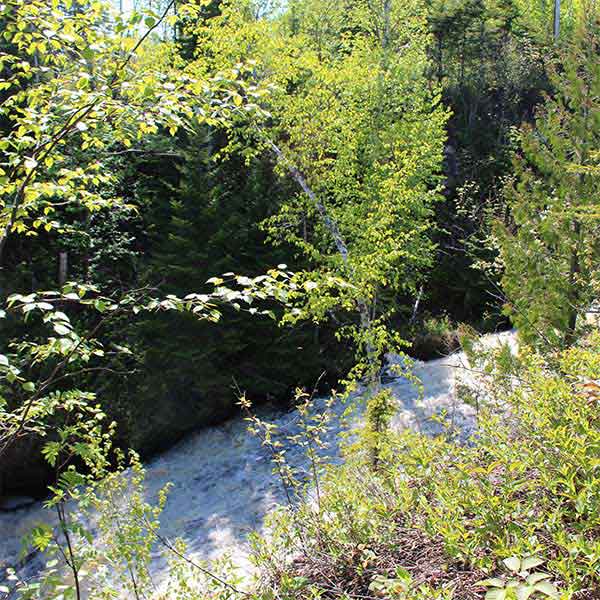 At the Ray Berglund State Wayside; climb the wooden steps and hike above the river to view the cascades near the river mouth and the falls just upstream. 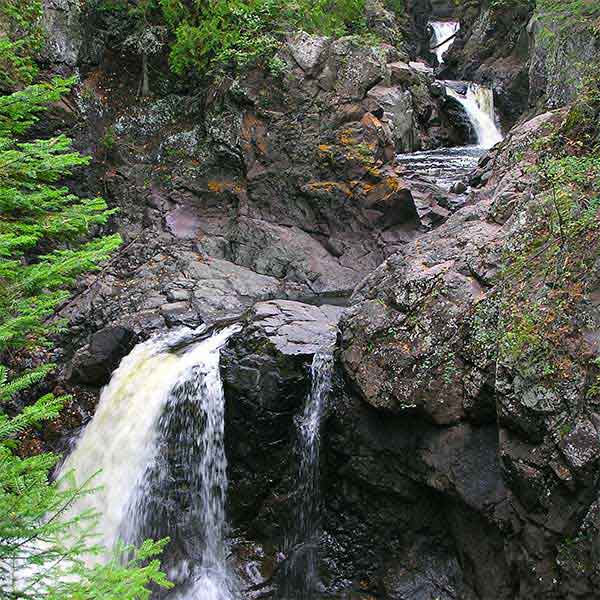 Ten miles above Hwy 61 the river abruptly begins its descent to Lake Superior. Dropping 900 feet in the lower three miles, the river takes a steep final run in the last quarter mile as it drops 120 feet through a deep, churning gorge. Hike both sides of the Cascade River by parking at the river mouth and following the trails signs. 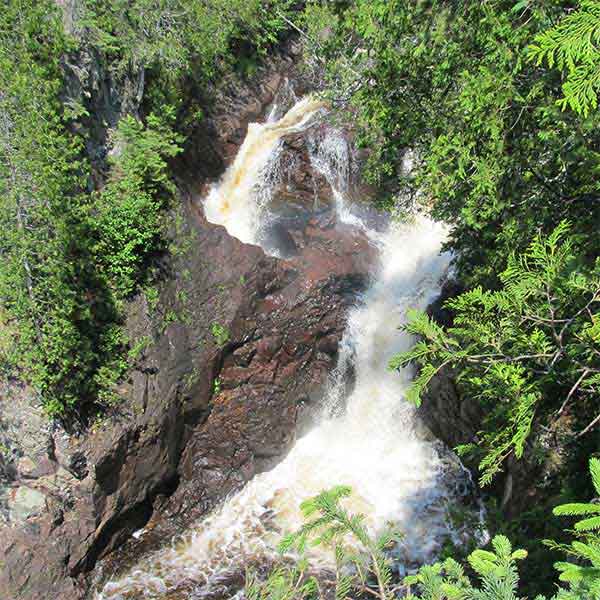 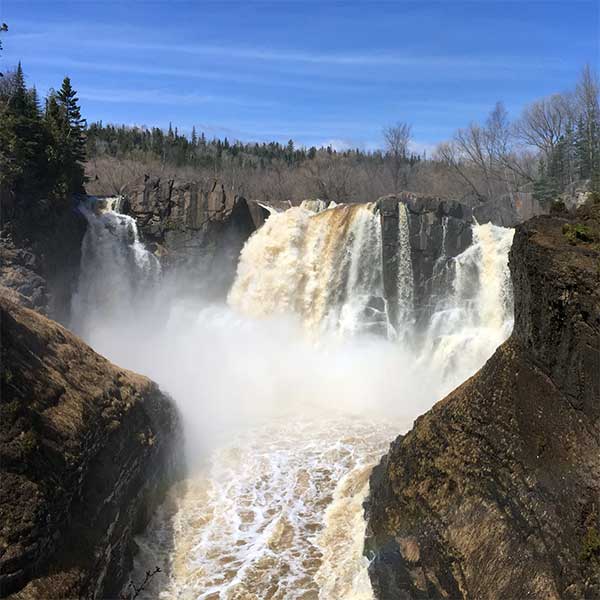 The Pigeon River drops 950 feet ending with the 120-foot drop High Falls. This lower reach is particularly rugged until a short distance after the falls, where the river widens. An easy half-mile trail in Grand Portage State Park leads to the High Falls. The trail end has two great viewing decks where you can feel the spray of the falls! 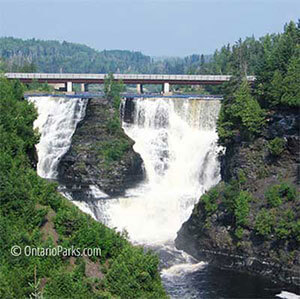 Wrap up your waterfall tour in Canada at the spectacular 40-meter/131-foot “Niagara of the North” which drops precipitously into a rock-walled canyon. Kakabeka Falls is located in Ontario, Canada – you will need a passport to enter Canada/return to the USA. 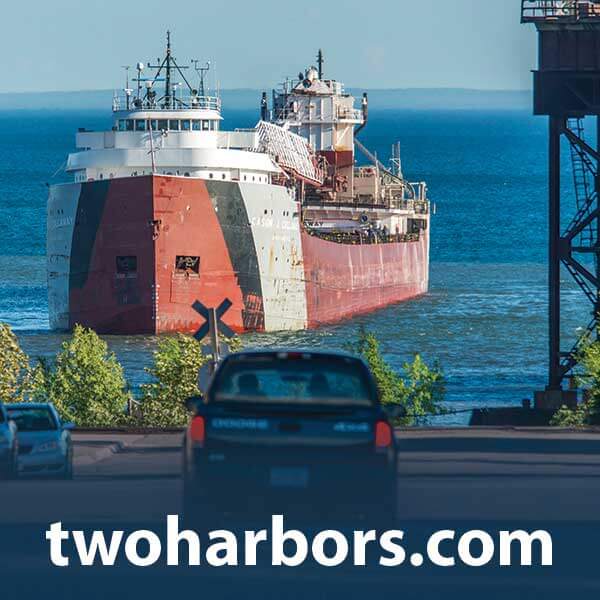