Ah, the most visited spot on the shore – Split Rock Lighthouse. This century-old light sits atop a 130-foot cliff at Superior’s edge, once a beacon of safety for passing ships, now an icon for travelers. Born on the backs of the 29 ships damaged during the infamous storm of November 1905, the light was in use until 1969 when it and the adjacent scenic wayside became a state park.

Nearby Beaver Bay is the first organized European community along the shore. In mid-1856 the sidewheel steamer Illinois dropped anchor at the mouth of the Beaver River with 25 passengers, including the Wieland brothers, German immigrants who opened a sawmill that year. 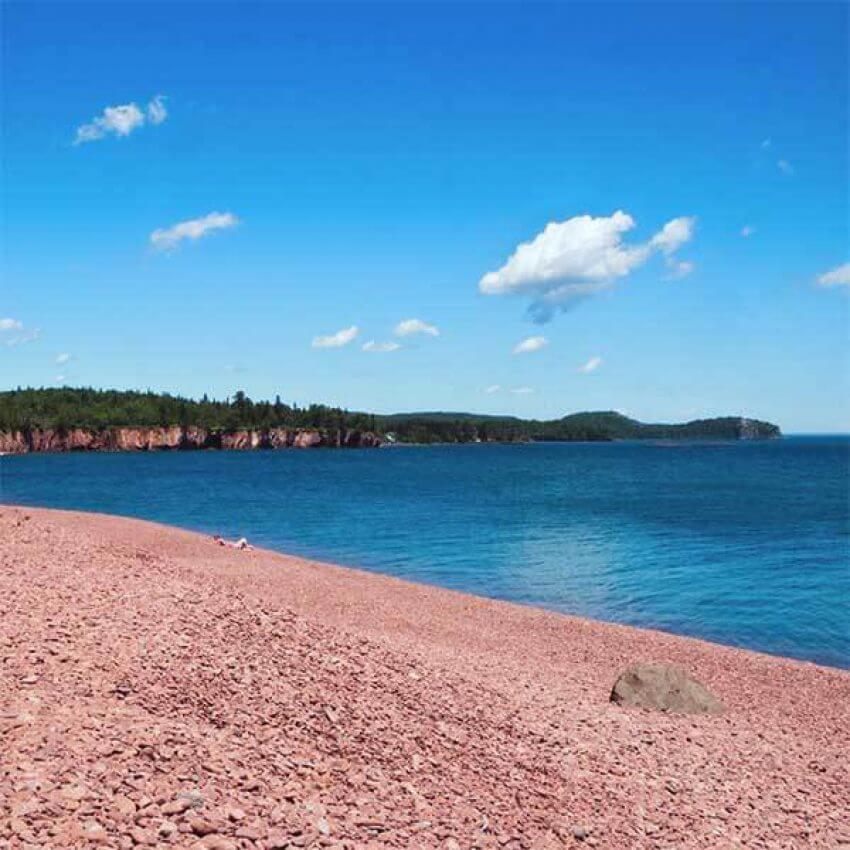 Go to the Pink Beach

Drive right up to this expansive beach, Iona’s Beach Scientific & Natural Area, which is bookended by cliffs, rhyolite,  and bedrock to the north and basalt to the south. Nor’easters work away at the northern cliff, breaking off shards of the pink rhyolite and wash them down shore. Once home to Twin Points Resort, the area is named after longtime owner Iona Lind.

Scientific and Natural Areas [SNAs] are natural resources that are rare or of exceptional scientific and educational value. 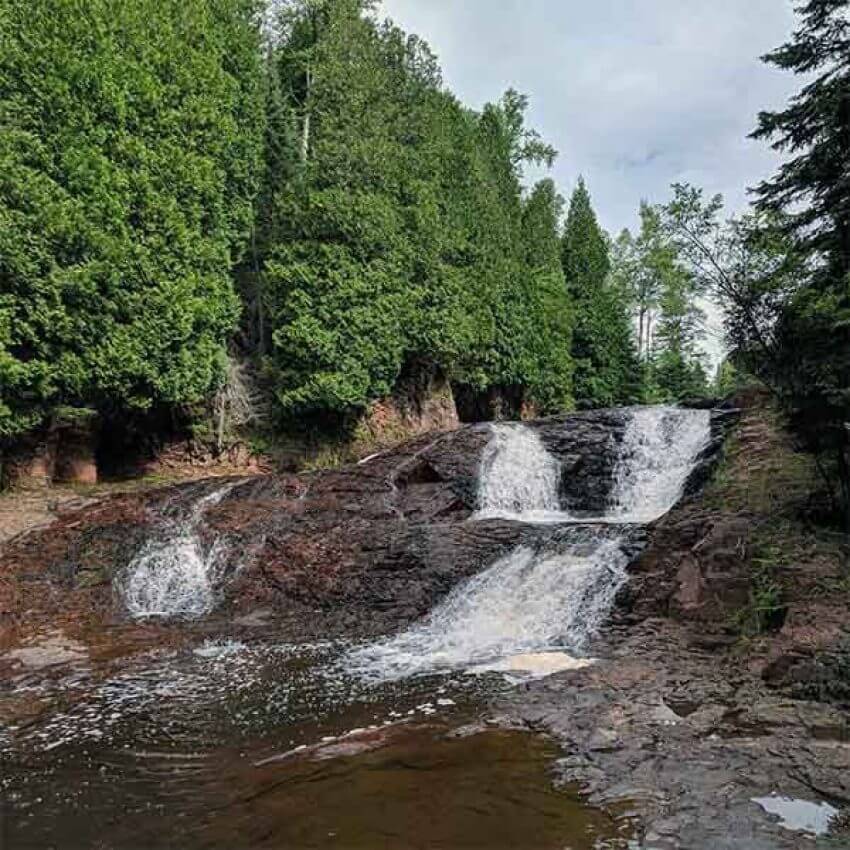 Walk up the west side of the trail high above the river past rock cliffs. If the water is low, walk through the river and continue on the east side for river valley views and Lake Superior overlooks ending back at Highway 61. You can up and back either side of the river, too. There’s a nice cobblestone beach at the river mouth, too. 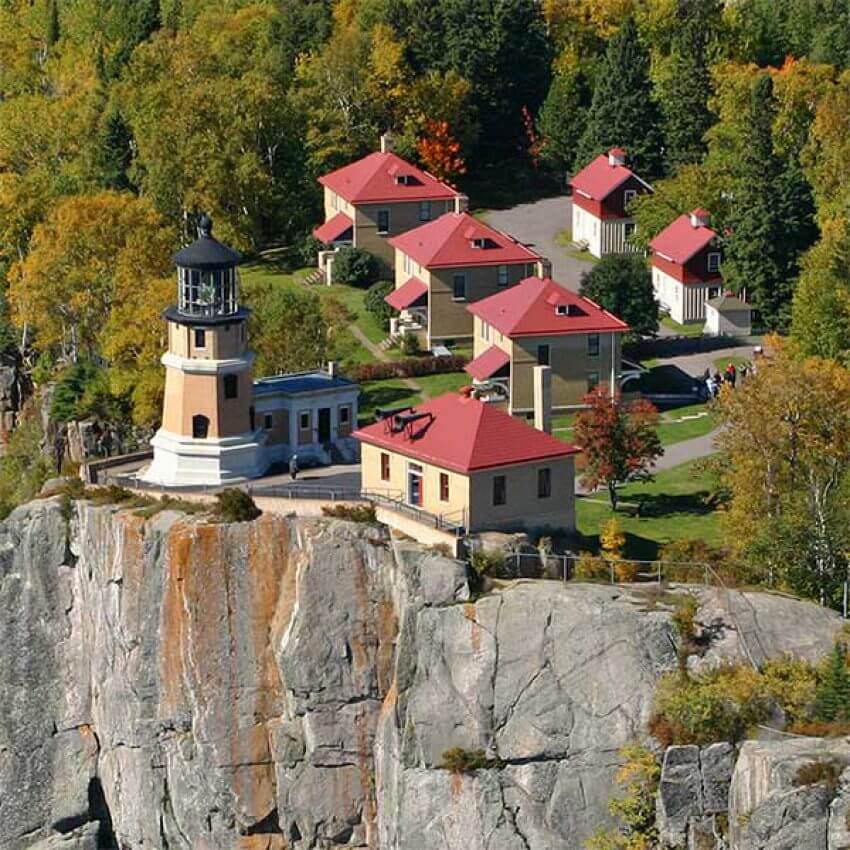 Split Rock Lighthouse is the most well-known visual representation of the North Shore. Have you been? The Lighthouse, part of the MN Historical Society, offers a guided tour of the lighthouse, fog-signal building, oil house and light-keeper’s house. The visitor center has gifts, exhibits and a brief video. Each November 10th, the beacon is lit at the Edmund Fitzgerald Memorial.

The adjacent state park has trails, camping, and alluring forests running down to the shoreline. 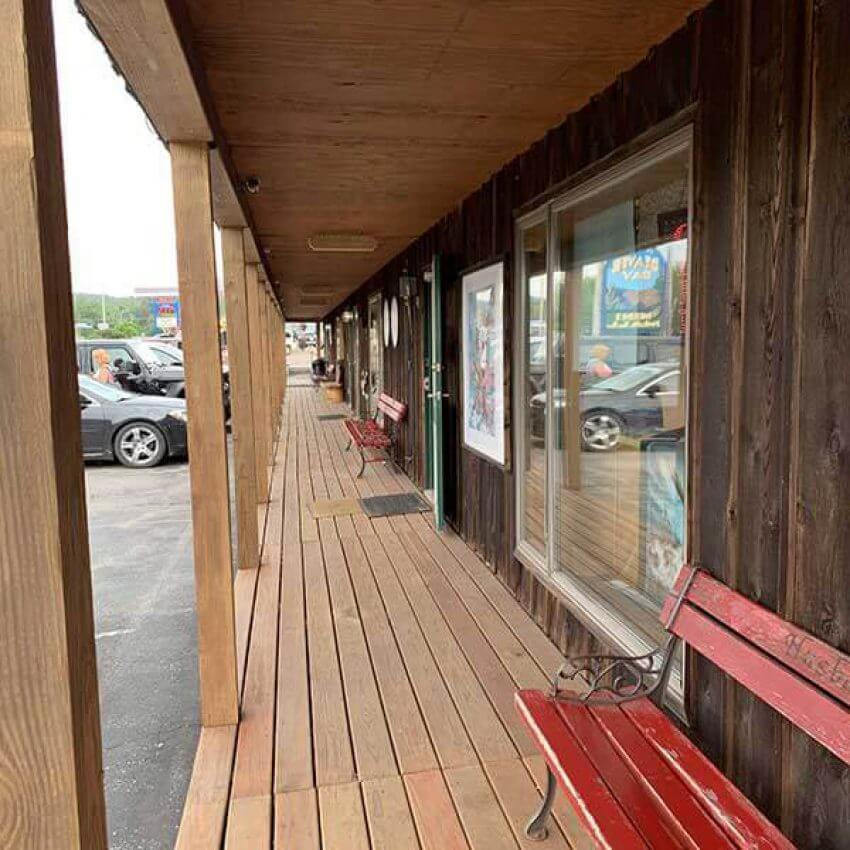 Enjoy the eclectic mix of shops and restaurants, then stop by the cemetery and pay your respects to legendary North Shore mail carrier John Beargrease. 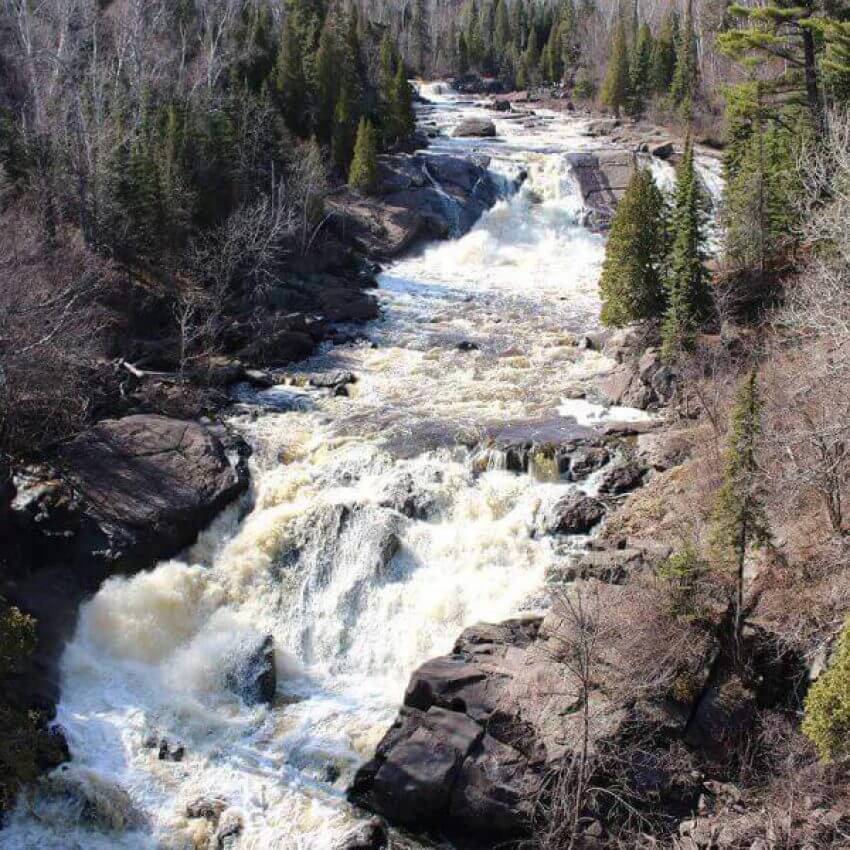 Walk or Drive by the Waterfalls

Stop by the new trailhead, check out the maps and make the short walk to admire views of the Beaver Falls, Beaver River, river mouth and bay. The river drops 300 feet in a series of cascades and falls above the Highway 61 bridge, then enters the sedate bay. 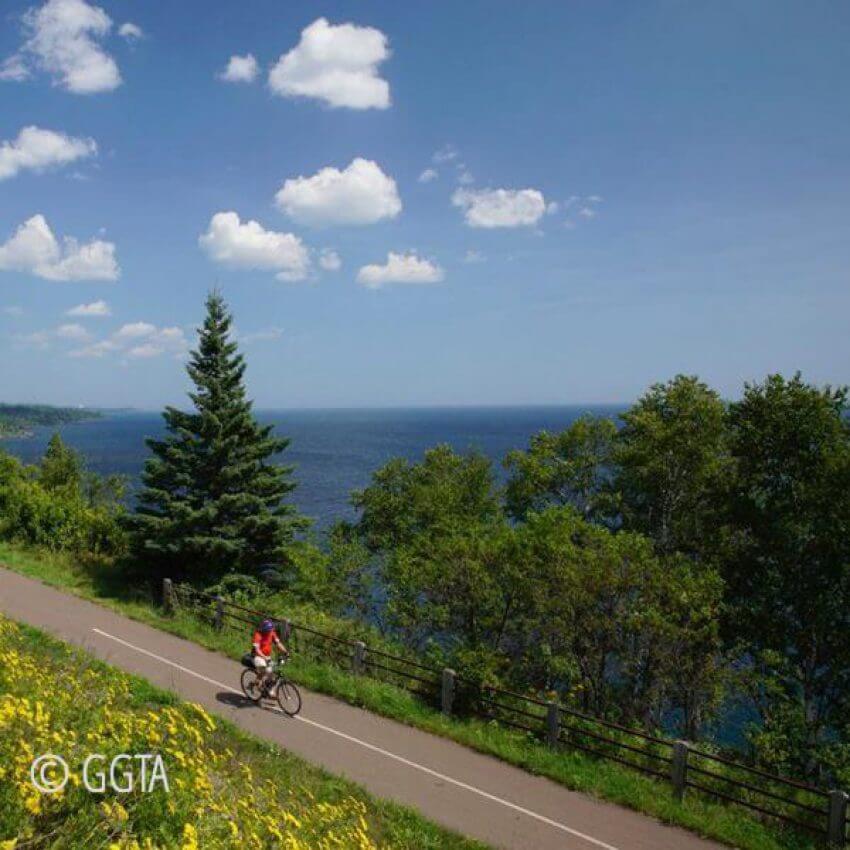 Parking gets to be overflowing on busy summer days at the state parks, so start your bike ride in Beaver Bay. Park at the rest area near the river and ride 14.1 miles to Gooseberry Falls Park and back [same distance] with stops at the waterfalls of the Gooseberry River, Split Rock Lighthouse,  and the beach at Iona’s Scientific and Natural Area. Grab a a bite to eat after [or before] in Beaver Bay.